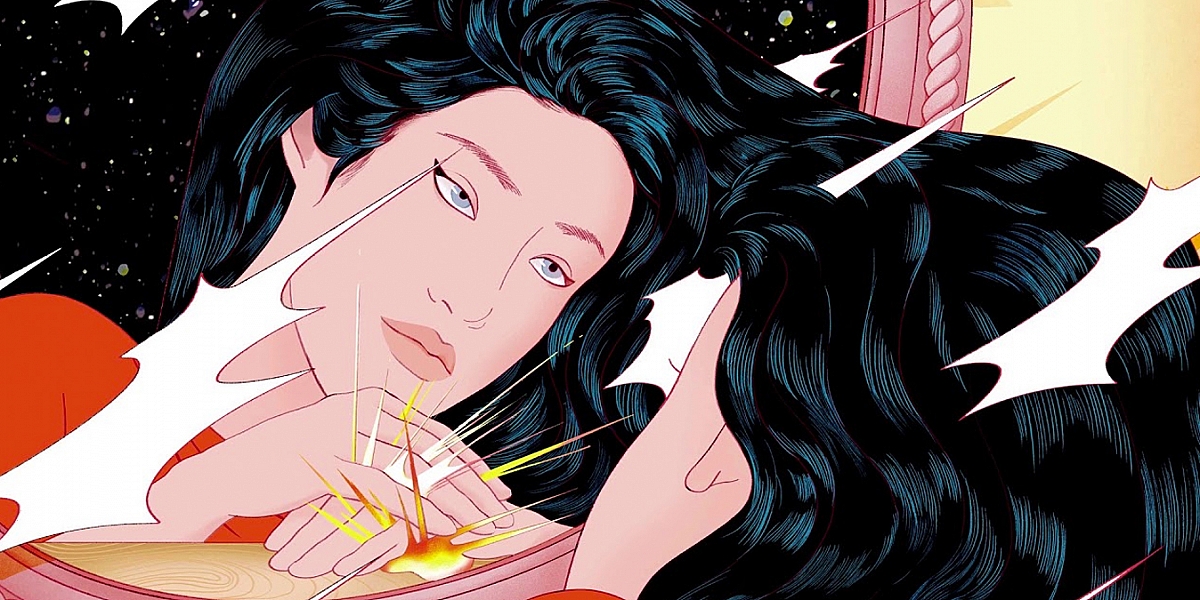 It's been an amazing year for new music. FRUKT staff have been choosing their favourite songs of 2018, and why they meant so much to them over the last 12 months.
Posted on 10th December, 2018 by Simon Singleton

LISTEN TO OUR WHOLE PLAYLIST

A beautiful slice of sun-soaked melancholic disco that’s as captivating as it is simple. I had this in my ears for a fair chunk of our super summer – whether through my headphones cutting through London on the daily commute, or while living my best life (LOL) on a dusty patch of ground at a festival and/or Ibiza – and the season was way better for it. Actually, I might put it (and the heating) on right now. 10/10.

I love this track, and George Fitzgerald’s whole album ‘All That Must Be’ that it comes from. It received a lot of airplay on BBC 6Music earlier this year - I believe our friend of FRUKT Oli Bayston from Boxed In helped produce it. We played ‘The Echo Forgets’ a lot in the run-up to Lost Village festival – it now reminds of those fun times.

Originally emerging in 2012, singer-songwriter Tirzah’s long-awaited debut album ‘Devotion’ arrived in 2018 after a clutch of teaser tracks (‘Make It Up’, ‘No Romance’) and it didn’t disappoint. An intimate meditation on love and relationships, with refreshingly leftfield production from her longstanding collaborator Micachu, it’s difficult to pick a particular highlight from ‘Devotion’ but the blissful ‘Gladly’ just about takes it. It’s like standing in a ray of warm sunshine on a cloudy day, and provided some much-needed relief in the burning trash can that was 2018.

Parcels' show at the London Roundhouse was one of the most feel-good happy concerts I’ve been to in a long time, and they had the crowd dancing in no time. Their whole album is fun and cheeky, mixing in 70s disco and soul sounds, and there are many songs I love, but I chose their funky single from early 2018, ‘Lightenup’ as my favourite.

Skee Mask is part of Ilian Tape, the Munich-based record label run by the Zenker Brothers. He’s part of a new breed of producers channeling old jungle and hardcore breaks into modern adaptations; some aimed for the dancefloor, some for home listening. These days audiences seem more open to different things – breaks, techno, industrial, ambient - all thrown in the same mix, and Skee Mask is an artist that’s benefitted from this.

‘Flyby Vfr’ is from his latest album ‘Compro’. The whole thing is a masterpiece but ‘Flby Vfr’ is the highlight. It’s so laid back and classy; pads and effects drift by in such an effortless way accompanied by a really skippy breakbeat (sounds almost jazz like). I started listening to the album in the summer, and once I found it, I rinsed it for a week and a half nonstop. I didn’t even have to think when asked what number one song was this year. Easy.

It was a dramatic toss-up between Peggy and Octavian for this year’s coveted Danny Stone Award but I’ve gone with the former. Since first hearing the ‘Seek For Maktoop’ EP a couple of years back, I’ve been well and truly ‘goued’ to my headphones ever since. With ‘It Makes You Forget’, I was taken to polished new heights of her ‘acid journey’, thanks to a richly smooth, liquid evocation of her techno roots, melted together with authentic native pulses and vocals from her Korean motherland.

This year has been somewhat of a Korean odyssey for me, culminating with an unforgettable week in Seoul in September with FRUKT, sealing the deal for my track selection. In fact, while there, on the recommendation of my girlfriend – a teenage acquaintance of Peggy from the ‘Tiger Tiger Bacardi Breezer’ years, I actually messaged the star on IG for local pub recommendations. My response, in the form of deafly silence, was understood loud and clear despite my limited grasp of the local tongue...

“A richly smooth, liquid evocation of Peggy Gou’s techno roots, melted together with authentic native pulses and vocals from her Korean motherland.”

Since they dropped ‘The French Press’ EP a couple of years ago, I’ve been a huge fan of this Australian five-piece, whose high-energy guitar pop cuts really stand out with three lead singers and guitarists all sharing the limelight. ‘Air Conditioned Man’ is the opener from their debut album ‘Hope Downs’ and while there’s been so much incredible music in 2018, this is the song I’ve returned to most all year round. And it’s been gratifying to see so many other music fans have shared my enthusiasm, with the album becoming something of a regular in the end of year best-of polls.

On record, there’re hints of Australian legends Go-Betweens in the understated melancholy vocals, plus the playful energy of the much-loved Feelies, but live is where the band really bring something extra special, with all five members taking turns as lead; you can really feel this is a collective who love making and playing music together. Festival season 2019 is theirs for the taking.

I was first introduced to the music of SIIMBA when I came across a NOISEY article titled ‘Who the Hell Is the Rap Artist "Siimba Liives Long" and Why Is He Hanging out With Lions?’. Fast forward a few months and by chance I met with him at a dive bar in Brooklyn; he soon invited me to one of his live shows. I’ve been hooked ever since.

Whether he is suspended from ropes tied to ten hooks (all piercing through his skin, mind you) or breathing fire, SIIMBA puts on a damn good show. Expect super-infectious high energy, but also a Zen that is palpable. Most impressive however is the way he synthesizes groovy beats, buttery smooth vocals and impeccable rapping. The man can freestyle like no other! Even if hip-hop is not your genre of choice, it’s undeniable that the guy is talented as hell and posses’ that undeniable and elusive ‘IT’ factor.

It was nearly impossible to pick my favorite SIIMBA LIIVES LONG track, but his 2018 release, ‘Bad for the Soul’ (featuring KAMUA) has this cypher style and minimal drum rhythm that I really vibe with.

LISTEN TO OUR WHOLE PLAYLIST - https://spoti.fi/2zU11Cv