Sam Slaughter, Planner at FRUKT London, takes a look at why creative tech has been thrust into the limelight and how it goes hand in hand with branded entertainment.
Posted on 12th December, 2017 by Alex Phipps

Why is creative tech important?

Over the last twenty years the evolution of the internet, followed by a surge in mobile and social media, has enabled a new connectivity. A connectivity that links us to our peers 24/7. As is well documented, this new wave of sharing what we’re doing on social media has made experiences one of the most valuable social currencies for millennials. In fact our own proprietary research, in our recent Press Play report, established that experiences play an important role for not just millennials, but a broader, multi-generational audience.

The rise in digital alongside the rise in physical experiences has produced a new creative breeding ground. Rather than being two separate entities, the mergence of physical and digital has resulted in the world of creative tech. Digital technology now has so many different capabilities, that it's rapidly being brought into everyday life. Rather than remaining just online, we're drawing it out into the real world, ultimately making it more human and appealing.

Furthermore, there’s been a huge shift in the way the general public has accepted tech. Rather than being technophobes, we’ve become positively curious about new developments. Innovation is getting consumers talking which has benefitted amplification and PR. Additionally, tools like 3D printing have sped-up the process, meaning concepts can be developed and produced on a small scale relatively quickly. Altogether this has helped to bring creative tech to the forefront of marketing as a unique and exciting way to engage people.

Many of the core principles that make quality branded entertainment are capabilities shared with creative tech. Here we take a look at 4 ways it can do just that:

CONNECT ME TO MY FRIENDS
Entertainment has always had the ability to connect audiences together by creating powerful social experiences. As a digital medium, creative tech adds a layer of connectivity that isn’t otherwise achievable. Whether that’s connecting people in separate locations or connecting people in the same location in ways they hadn’t experienced before.

Nike created the “Unlimited Stadium” in Brazil, a 200-metre running track lined with LED screens. Up to 30 runners could see their previous laps displayed on screen, effectively creating a virtual race against themselves and others. The track connected people to a digital version of themselves to dial up a competitive aspect to their training. 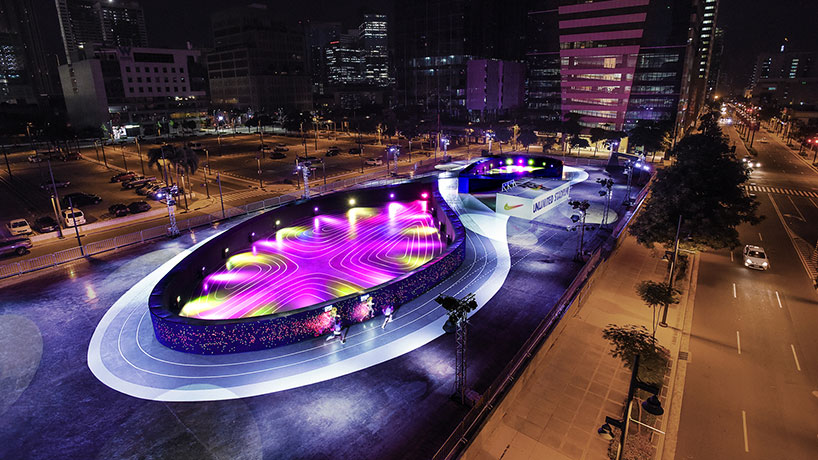 A MEMORABLE SPECTACLE
Entertainers, now more than ever, build value through their live format by putting on breathtaking and unique shows, which ultimately makes better, more accessible and more memorable content.

Intel’s Drone Light show was a great example of pre-existing technology being put to use in a unique way. Intel has set World Records with the sheer number of drones in the sky, but they went one step further to create bespoke light shows at key events such as Coachella and the premiere of the Wonder Woman film. It helped to create something visually epic and unexpected that became a totally PR-able added element to the event. 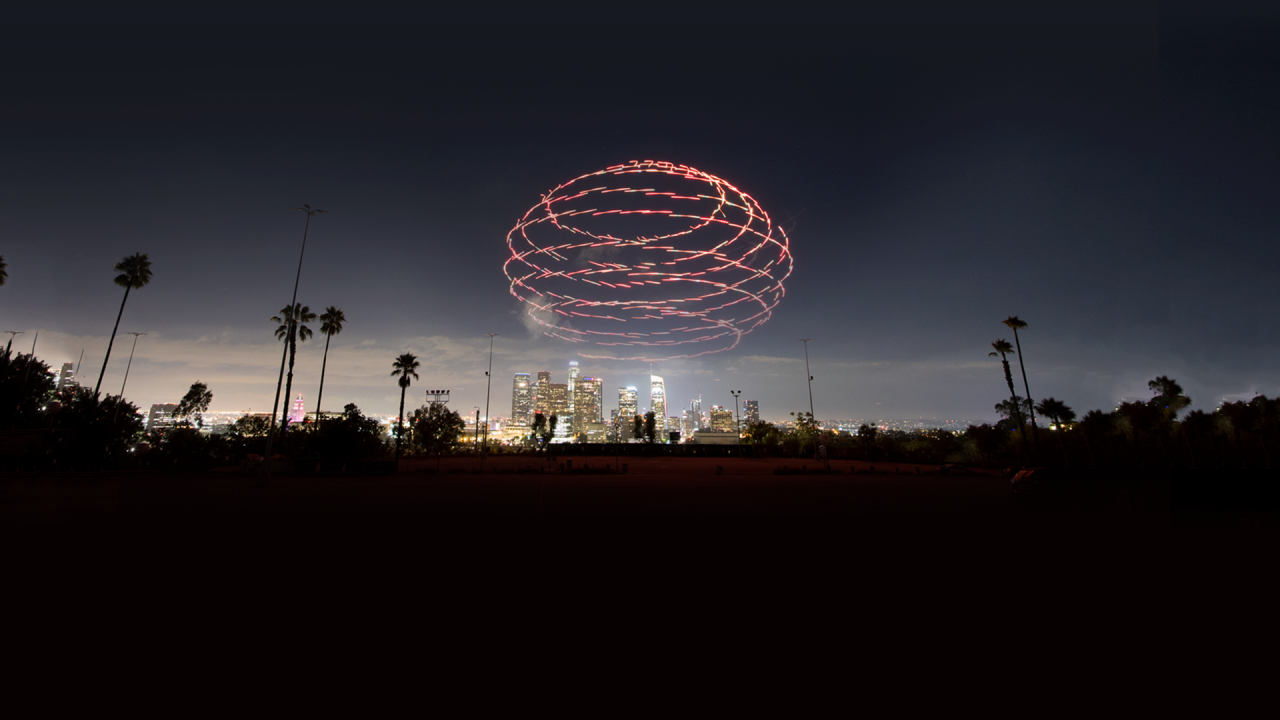 MAKE IT PLAYABLE
Creative tech has an almost infinite range of possibilities, but a large portion of those utilise touch, feel and interaction as a fundamental pillar. Often turning human movement into something active, visible and communal. Experiential marketing also centers around motivating people to interact with the brand in real life and remember it through various human senses.

54% of respondents said ‘Playfulness’ was the most important quality in building an entertaining brand, the second largest quality

The Tiltbrush by Google is a VR paintbrush that allows you to create life-size three-dimensional brush strokes. It’s an eminent example of how we can merge physical movement with a digital sphere to create something interactive and visceral. 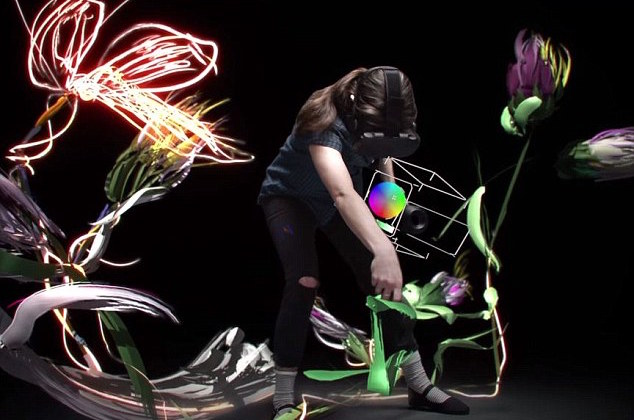 GIVE ME SOMETHING TO TALK ABOUT
The things that entertain us and make us passionate are often the most talked about parts of our lives – this is what branded entertainment aims to leverage. Creative tech can access digital data sources, revealing personalised content, which can amplify its social shareability.

Lucozade created the Lucozade Sport ‘Conditions Zone’, an indoor football pitch which controlled the temperature and humidity to match that of the Brazilian World Cup. Through biometric wristbands, players could monitor the effect of hydration, heart rate and sweat loss on their performance. Each player received personalised match stats which they could share and compare. Altogether this unique experience and tech-led event, acted as powerful social currency between friends interested in the World Cup. 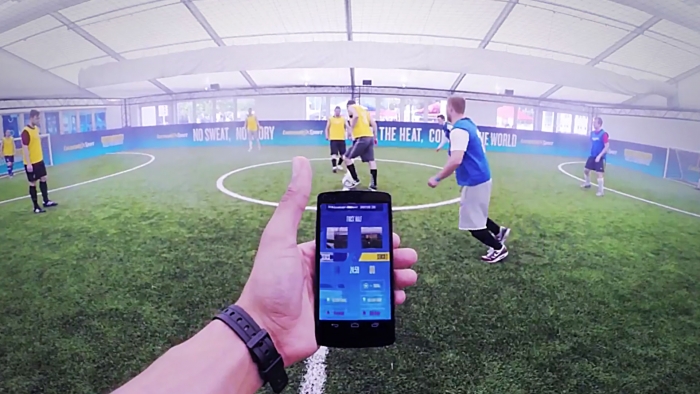 Nick Thompson, our newly appointed Creative Tech Director, was the key creative technologist behind the Lucozade Sport Conditions Zone. Nick will be hosting a breakfast workshop this week showcasing his work and emergent creative technologies. Unfortunately, we are at full capacity, however, if you’d be interested to learn more about the infinite possibilities of creative tech, we will be touring a roadshow in the New Year. To enquire, please contact us at London@wearefrukt.com